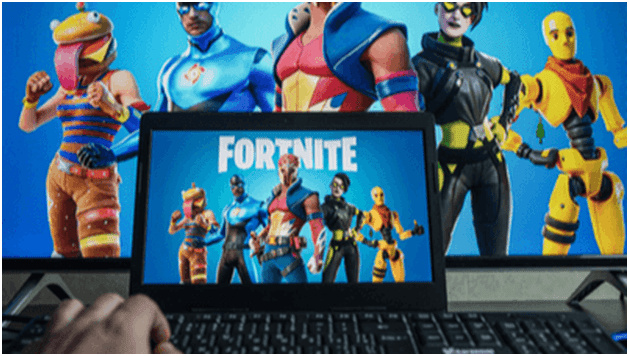 Fortnite is an ongoing (and legendary) Battle Royale game played by millions of players worldwide. Featuring unique gameplay and a lot of surprising collaborations, it’s no wonder fans enjoy this game. Fortnite has been around for some time now, and it’s looking to stay with the announcement of a new season. The game is known to be quick in introducing recent seasons. Chapter 3 Season 3 just dropped, and here are some things that Fortnite account owners can enjoy.

This season’s Battle Pass theme is “Vibin’,” presenting sleek and stylish skin rewards. Players can choose the order of tips they take but must go page by page. The highlight of this season’s pass is the Darth Vader skin. Leaks have circulated, but now it’s official. Page 10 is the final page of this season’s Battle Pass, including the Darth Vader skin and other Star Wars-themed cosmetics. Skins in the Fortnite Item Shop cost more than the Battle Pass, which can be purchased for 950 V-Bucks. The pass is expected to run until the 17th of September. Here is a short list of what you can expect to see on each of the pages:

To match the theme of “Vibin’,” Chapter 3, Season 3 also revamps its map to give off a summertime vibe, as they always do during June. These changes give the map a stylish and fresh look, along with wild roller coasters and new vehicles. The changes also introduce recent locations to the game: Reality Falls and Rave Cave.

The Reality Falls replaces Camp Cuddle and introduces a vibrant and lush forest with cool colors like blue, purple, and turquoise. You will find bouncy mushrooms and a central Reality Tree, scattering Reality Seeds which you can then plant and nurture as rounds end to harvest rare loot eventually. From the game’s lore spawns the Rave Cave. With the triumph over the Imagined Order, their former command center has now been turned into a nightclub. The place has a party look with glowsticks and dance music. There is even a dance floor where you can rock with your emotes!

The new map reintroduces the Baller vehicle, which looks like a hamster ball that you and your squad could cruise around the map with. The best way to find these rides is to head inside the Rave Cave, but they are also scattered around the map. Is the Baller a little slow for you? Don’t worry; the new map has a roller coaster around Rave Cave. You can look for platforms in the coaster’s tracks on a Baller and enjoy it as it takes you on a ride.

Other changes include a new mechanic called the Storm Sickness, which causes the damage from the storm to ramp up faster as you stay longer inside it. You can now mount wolves and boars to make your journey faster.

The Saw Launcher and other new weapons

The latest season will also feature a new arsenal of weapons that might come out later in the season. These are the weapons and items teased or leaked that Fortnite account owners can get their hands on:

First shown in the Season 3 trailer, this has the same use as Spider-man’s Web-Shooters from the first season. They function similarly but without the Spider-man trademark.

With the Battle Pass featuring items and characters from the Star Wars franchise, it is safe to say that lightsabers will be making a comeback to Fortnite. The season’s gameplay video confirmed this when it showed Darth Vader holding a lightsaber. E-11 Blasters might also make a return considering it is often released in tandem with the lightsaber.

Many have speculated a new shotgun to be released this season due to leakers finding it in the game’s files. There are no details for this weapon yet, but players expect it to be a long pump shotgun from the sound file.

HYPEX also leaked about a new SMG that can be found in common loot locations but has said that players opt for other weapons as far as ratings go.