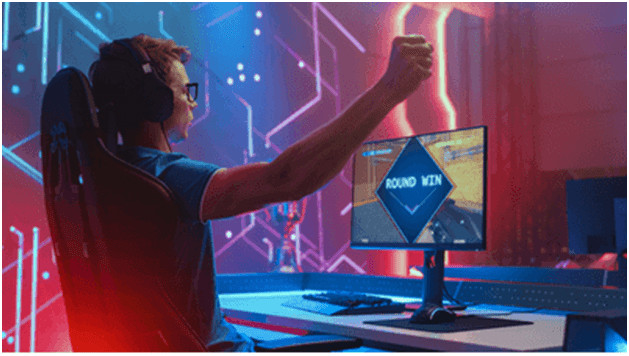 The God of FPS Games has returned.

Anyone who’s into online first-person shooters or esports knows the name “Shroud,” so imagine the reactions when Michael “Shroud” Grzesiek announced his return with Sentinels’ Valorant team. Esports enthusiasts and fans of Valorant and Counter-Strike: Global Offensive were ecstatic when they heard the news. Shroud will be teaming up against other CS:GO professionals who’ve switched to Riot’s FPS game, such as Hiko, ScreaM, and more. The former CS:GO pro will compete in Valorant’s North America Last Chance Qualifier slated this August.

We all know Shroud as the God of FPS, but does he still have what it takes to compete with the big boys using hisValorant account? The last esports tournament (ESL One’s CS:GO Tournament) that Shroud participated in was in 2017, where he placed second with Cloud9. A month after that, he stepped down from Cloud9’s main roster and announced his formal retirement from competing in CS:GO in 2018.

What Has Shroud Been Up To?

Since his retirement in 2018, Shroud has been living a quiet life and making bank by being a full-time streamer. He took a deal with Mixer (a platform that’s now collapsed) before returning to Twitch in 2020, where more than half a million viewers greeted him. He’s been playing all kinds of shooters since then, but a large portion of his streaming time is spent using his Valorant account. He’s been voicing out his preference for Riot’s shooter over Counter-Strike: Global Offensive since it came out. According to Shroud, Valorant is “the first tactical shooter in a long time that truly has a company behind it that cares.” He further comments that as long as Riot Games keeps things fresh, Valorant won’t go anywhere.

This might shock you, but Shroud hinted at his professional debut in Valorant years ago. The world went bonkers when Sentinels announced that Shroud had joined their roster on July 8, and understandably, the community was in disbelief. They were wondering if there was a catch—like if Shroud was only going to be doing content creation for the team. Thankfully, we all know now that the move was real, and Grzesiek will actually be competing.

Funnily enough, this news tidbit was already teased—two years ago. During that time, Shroud revealed he was going pro again for Valorant through a tweet. Claiming that after trying Riot’s game for himself and absolutely loving it, he proclaimed that he’d missed the competitive edge and he wants to win championships again. The only “catch” is…he tweeted this on April Fools Day of 2020. We’re still unsure whether or not Shroud had plans to go pro in Valorant back then, but it’s incredible to see that what was once a joke came true—even if it took years for it to happen.

Is Shroud Still As Good As Back Then?

Sentinels signing Shroud ahead of the other teams was a genius move; they’ve signed not only an iconic legend of CS:GO but also one of the best Twitch streamers to date. But the question remains: is Shroud still as good as he was back then?

Here’s the great thing about Shroud: he might have retired years ago from the pro scene, but make no mistake, his skills are still as sharp as ever. He’s one of the most passionate players of Valorant since its release. Plus, Shroud has been following the scene since day one. Shroud pulled a ridiculous play that made his team speechless, winning three wallbang kills consecutively to give an example of how he’s still relevant. While on stream, Shroud and his teammates were on A-site in Icebox. Shroud themes potted the enemy Sova at a distance and wall-banged him, then proceeded to wallbang the enemy Jett. And after checking a couple of locations, he spotted the enemy Chamber with low health and took them out in a flash.

This isn’t a play you make every day, but it’s to be expected when you’re watching one of the best FPS players in the world.

Shroud has confirmed that he’ll be playing as a Controller for Sentinels, but since he’s a versatile player, we wouldn’t be surprised to see he’d be assigned to a different position in the future should the need arises. In this scenario, you can expect his main agents of choice to be Omen and Viper, but this may also change during Sentinels’ journey to earning a spot in the upcoming Valorant franchising program in 2023.

A Possible Redemption Arc for Sentinels

Sentinels have been through a rough time in this season’s Valorant Champions Tour; the team has dropped out of both Challengers early on and missed Masters to boot. This is something that Sentinels fans never thought they’d see, considering how dominant they were in the season prior. Still, they’ve got one last chance: the VCT NA Last Chance Qualifier. With Shroud now part of their team, this boost in morale should bolster the other pro players’ to train more using theirValorant accounts.