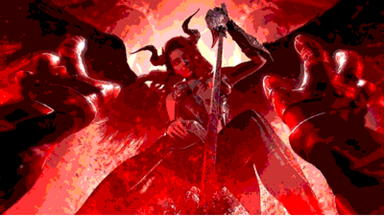 Vykaz has made her entrance into Arkesia with the Wrath of the Covetous Legion Update. What can players expect from this major patch?

Lost Ark West is starting to catch up to the contents already available to other regional servers. With the release of Legion Raids in the previous month, adventurers are now beginning to enter the hardcore end-game content of the popular MMO ARPG. The June 30 Update now brings players additional features brought by the Wrath of the Covetous Legion. What can gamers expect for their Lost Ark accounts in the latest major patch?

The first Legion Boss, Valtan, was introduced in the previous update. The Beast Legion Commander features a Normal and Hard mode for players with varying Item Levels. After the latest patch, the Covetous Legion Commander, Vykaz, has finally made her debut in the game’s most challenging content. The powerful winged demoness will feature rewards from lost Ark gold to powerful artifacts and items.

The Covetous Legion raid will also be an eight-man party raid with no revives available, so gamers should stay alive as much as possible. While Valtan only had two gates that adventurers would need to clear, Vykaz will feature three gates. The first two bosses will be subcommanders of the Covetous Legion. The third will be the commander herself, who adventurers will face in the Garden of Crimson Delight. For this Legion Raid, the assisting Sidereals are Wei, Nineveh, and Inana.

Vykaz requires 1430 Item Level for the Normal mode and 1460 for the Hard mode. Fortunately, players who clear these raid content will receive tons of good rewards such as Tier 3 Accessories, Ability Stones, Engraving Books, and crafting materials for the following items:

Aside from these items, players can acquire tons of Gold and Honing Materials. These rewards will help players get to the next bracket and become stronger.

Deskaluda was the last celestial being to be added to the Guardian Raid content of the game. Now, the shell-covered Kungelanium will also take the field and be the next foe for adventurers in the Tier 3 content. The icy behemoth is the next level 6 Guardian and will require 1460 or higher Item Level; this being can be faced with a four-person party or solo.

For the past few months, tower raids have been limited to the Fatespire and Shadespire. With the Wrath of the Covetous Legion update, the Thronespire content has finally made its way into Arkesia. After the events of Southern Vern, the Demon Tower is used as a stable gateway by the demons from Petrania to enter the mortal realm. The knights and priests of the Holy Sacrian Empire are now enlisting the help of various adventurers to help them defend the world and push back the invading demons.

The newest Spire will also be a single-player raid in the twisted realm, which will feature 50 levels. The first 25 levels will be the floors needed for the completion rewards, while the remaining levels will be purely for prestige and achievements. Adventurers will need 1325 Item Level to enter Thronespire. Here is the total loot for clearing Floor 25:

The Golden Wave Island event has come and gone, but a new festival has taken place: Heartbeat Island has now appeared in Arkesia. The event isle is found near Annika and can be accessed after talking to Jollous in any major city. Once the island has been visited, gamers can use the Ocean Liner to reach the area.

Like Golden Wave Island, Heartbeat will reward players with a unique event token for completing various quests and daily activities. This currency can be used to exchange multiple rewards from Honing Materials to Una’s consumables. It is assumed that the event will last until the next major update.

Players should start grinding for more Lost Ark gold to catch up with the game’s ever-expanding content. With many end-game contents locked behind gear progression, powering up has become essential to enjoy the game. Grind and save up more Honing Materials for the next Honing Session!