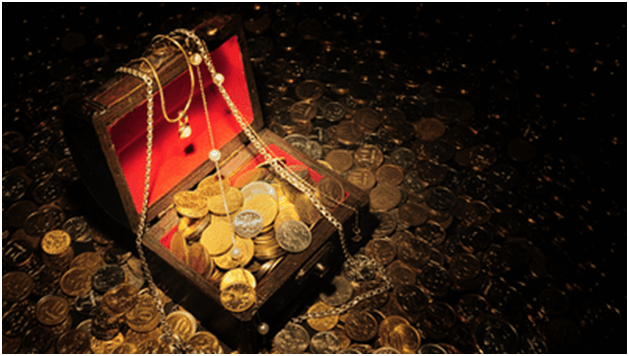 All you need to know about the newest changes brought to the Mobile UI and how they will improve your gaming experience.

Jagex is preparing something huge for OSRS players: a brand new client. Besides this, they are also finally making life easier for mobile players. And there have already been a few rounds of testing. Besides the quality of life changes, we’ll have a more stable client. We all hate the random crashes and disconnects, together with the fabulous mobile bug where most of the stuff just turns black. You can even lose a ton of OSRS GP as a result of these random disconnects or the screen turning black… Not to mention that specific training and money-making methods are harder on mobile than if you were to use Run elite. Some great and already tested improvements in this direction are the Slayer helper and the Chambers of Xeric helper, which will help you obtain some OSRS Gold without much hassle on mobile. On top of this, you’ll now have buff bars and better XP trackers, and the HUD will give you more info on the monsters’ combat style.

Changes to Fishing and the Navigation Tile Indicator

The fishing skill is finally getting better visuals for fishing spots. This, in its turn, will make Tempoross approachable on mobile. If you’re skilled, you’ll be happy to know that respawn timers for ore and wood have also been tested, and agility received a helper!

A huge tested change is the navigation tile indicator. This is so big because it might make killing Vorkath on mobile a thing for more than a handful of experts. And we all know that Vorkath has always been one of the best ways to earn OSRS Gold through combat. If you love the social aspect of the game, there are good news for you two: some chat improvements, so you can go ahead and brag about your kill count and that fantastic drop you just got that’s worth a lot of OSRS GP.

It is crucial to know that Jagex is proposing these changes while aiming to make the gameplay better with a more clean UI that will give space for further UI improvements to be added. On top of these, they are trying to keep everything familiar. Jagex also understands through the players’ feedback that one of the best improvements they can give Mobile players is how they can visually track and identify their loot on the ground.

The proposed changes bring different-looking chat buttons vertically aligned with the chat box instead of horizontally aligned. Their new place is on the left-hand side, and you can even scroll through them. This is great because you’ll be able to see more chat entries at once, and you’re far less likely to miss click and move away when all you’re trying to do is navigate to a different chat.

Another decent UI change comes with the side panels, which are now on the right side. This could impact casting high alchemy on mobile since you’ll be able to do it with a single hand. On top of this, you’ll have the option to hide or expand some of the less frequently used buttons, such as the settings tab, music tab, or emotes tab. You’ll also have an easier time minimizing the minimap and world-hopping.

Regarding how you use the UI, the buttons are taller, so they’re easier to tap. All the buttons on the left side have the same width, which is supposed to make it look tidy. Still, on the left side, they have removed the function button. You certainly remember the function button as the tap-to-drop button. You could have set it up to do other stuff from the settings, but most players just used it as a tap-to-drop button when skilling. Now, the function button has been replaced by a drop-down menu that could hopefully help us in different combat and non-combat scenarios.

We’ll have “walk here” taps, interaction taps, tile highlight taps, tap-to-drop, and eventually a metronome or “show ground items” toggle. There’s a pop-up menu so you can get some more space. You can even adjust it to a comfortable size and choose from having a miniature version of it or the full version. The minimum requirements for playing OSRS on mobile are Android 8.0 (Oreo) or iOS version 13 and a minimum of 2 GB RAM.

What the Future Awaits

For the future, Jagex is working on bringing the clue scroll helper to the mobile client for a good reason. If you have ever tried to solve a clue scroll on mobile, you probably already know that solving one takes much longer than if you were to do it on a PC. The clue scroll helper will launch in late July and is set to be a real-life-changer for mobile players.

Moreover, we can expect an activity helper to help us with certain popular activities. If we get a timer on the Tears veins in the Tears of Guthix minigame, we’ll know how much gold we have in the Blast Furnace coffer. A herbs helper that will make the tracks more obvious is also handy, and a fantastic hunter tracker that will let you know how much time is left before resetting your traps is sure to bring a lot of OSRS GP for farmers. And even some further activity helpers. We’ll also soon get bank tags which will make going for a different activity much more effortless.

Arguably, the best piece of the future update is the ground OSRS items and loot tracker, which will minimize the risk of losing OSRS GP due to not seeing your loot and hence not picking it up. And if you’re unsure whether it’s worth or not to High Alch an item and free up some inventory space, you’ll be able to examine it and learn how much OSRS Gold it’s worth both on the GE.